Earlier this week I did a post about the bear I crocheted for my daughter...which has been going just about everywhere with her these days. :) 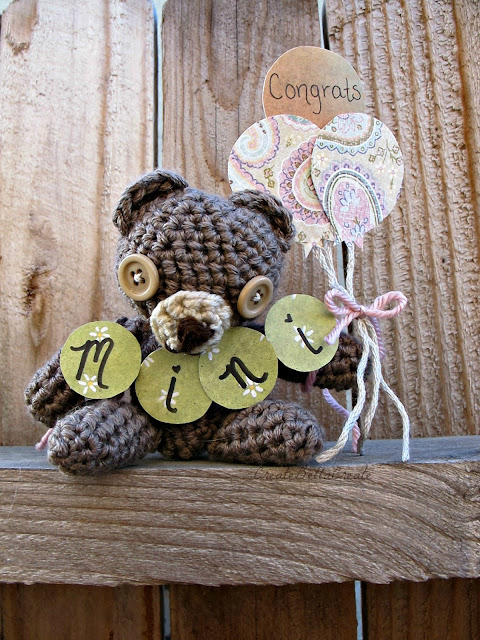 Since she loved this bear so much I decided to use it to tell her that she had made the ballet team {and which one} when I got her results. See original bear post here. I had to bear~nap her little Veronica while my daughter was fast asleep to make this possible, which was kinda hard because she picked that night to have her in bed with her.  Thankfully I have some sneaky ninja skills and was able to get her out undetected ;)

I cut out little circles to make the banner that said Mini on it.  Then I tapped the circles to a piece of pink yarn and then wrapped each side around the bear's paws to keep the banner in place. 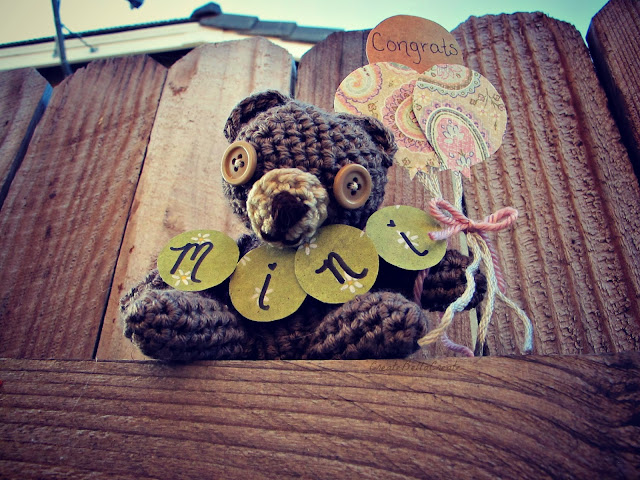 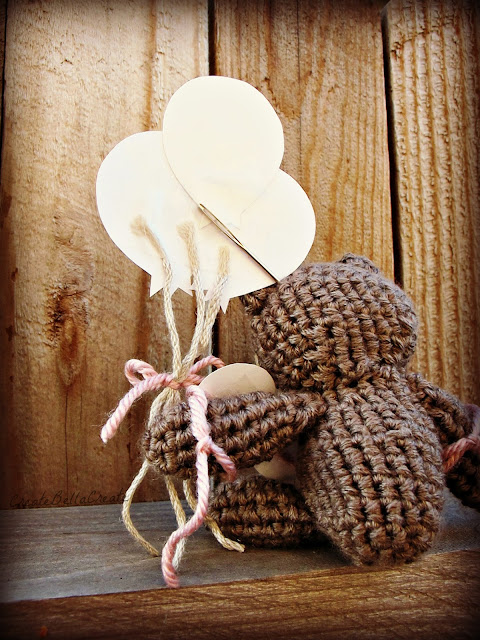 This next part is the part I had a feeling Little Miss might have a problem with.

First:  I cut out the balloons and then tapped them together using tape on the backs.

Next:  I wrote congrats on the top balloon and then tapped the yarn that would be the balloon strings to the back of  the balloons so that it would look like they were hanging down lined up with the balloons.
You can also add on a little bow to hold the three strings together to make it look more fancy. :)

Finally:  {The step that might not go over so well! lol} I taped a yarn needle to the back of the balloons at an angle so that when I stuck the pointy end into the bear's head {gasp,  I know!!} they would have a good angle on them to look like they were floating next to the bear's head.  This step def. takes some playing around to get it just right. 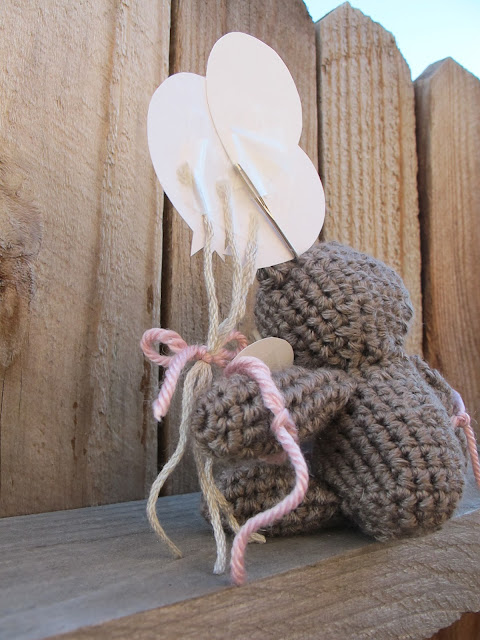 While Victoria was not overly thrilled with how I did the fake floating balloons thing she did say that it was super cool just don't stick anything into her bear's head next time. ;) lol 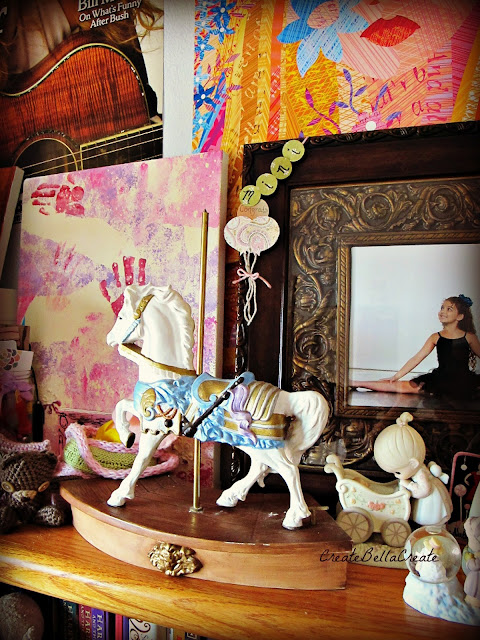 After taking her bear out of harm's way she took the cute little decorations and put them onto her picture frame of one of her ballet pictures from the fall. I told her her room was busy! lol  She loves having a lot of colorful stuff all over and just the right amount of vintage or handmade pieces with lots and lots of books and art. :)

Hopefully everyone is having a great week.  The AG Shawl/Wrap pattern will be posted this week in case anyone was wondering. :)

Email ThisBlogThis!Share to TwitterShare to FacebookShare to Pinterest
Labels: crafting

Thanks for stopping by to check out my blog!
The content in this blog, including all of the photos, can not be used without my permission. If you like an idea and want to use it on your blog, please link back to my blog. Unless I have given the credit for the idea to another blog, then please link back to them and give them and I the credit we deserve. :) Thanks in advance!!
<3 Bella 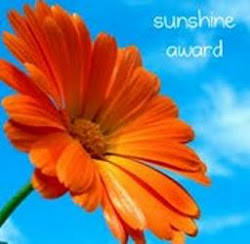